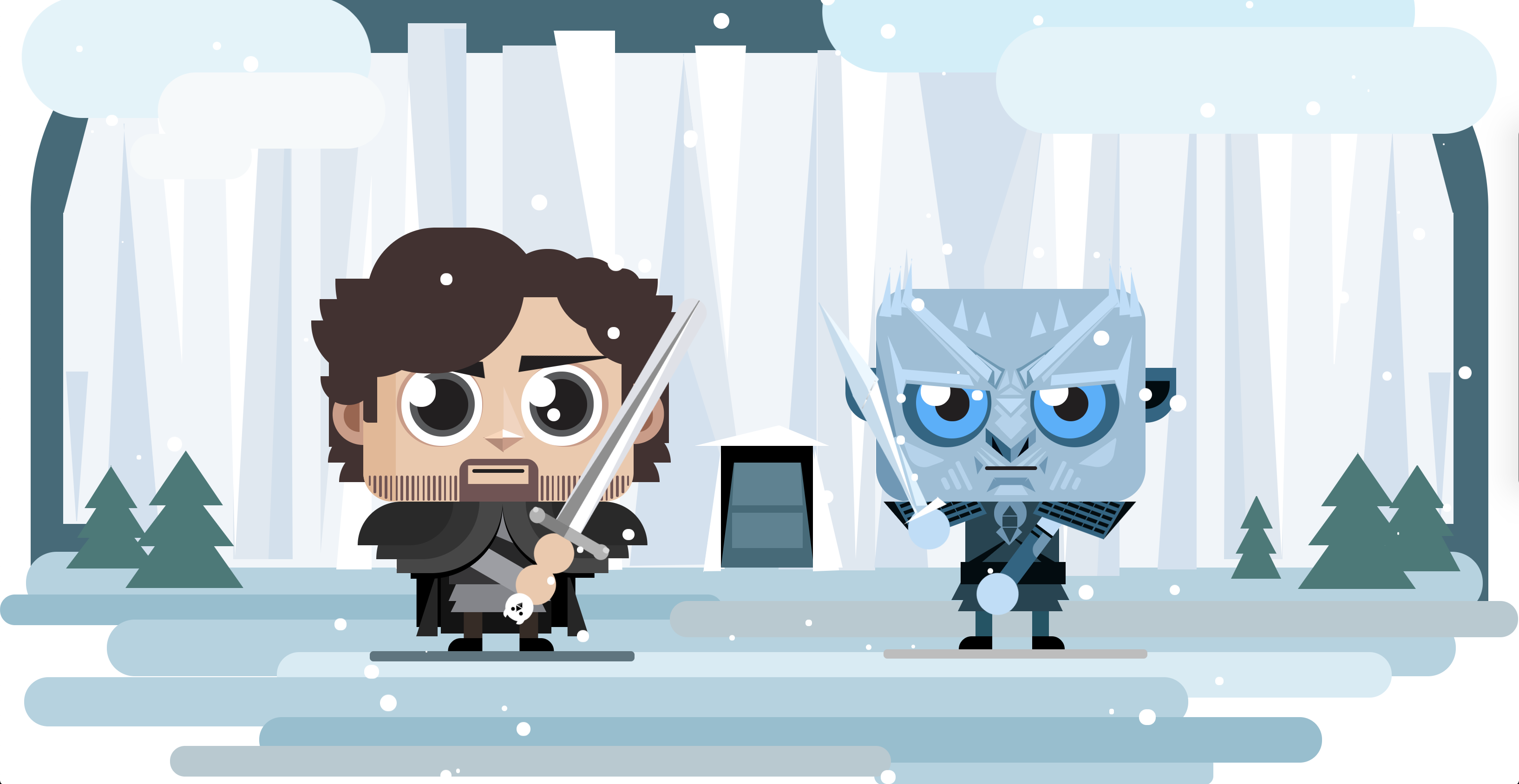 A scene from Game of Thrones coded in CSS and HTML. There are no images used whatsoever - only code.

This is the combined work of several frontend developers, including me. The purpose was to learn new things and work in a larger team. As a result we achieved a complex and animations-heavy interactive drawing using SCSS and HTML only.

The team was split into smaller teams (two devs) and each team worked on a part of the drawing. For example: Jon Snow, The White Walker, the sky, the snowflakes, the wall, the ground and the trees. I coded the White Walker and supervised the team, provided solutions or hints where needed and when everyone was done I merged their work in a single repository.

The drawing is completely fluid and adjusts itself to any viewport.

This repository contains a PWA version of the drawing, which can be installed on a PWA supported device and/or viewed offline.

The demo contains a minified version of the HTML and the CSS output.

The PWA can be installed on any device which supports service workers and can be viewed offline.

Members (with links to their LinkedIn profiles):

Support and sponsor my work: